Keap Classic/Max/Pro: Stopping vs Continuing Campaign Messages When a Goal is Met 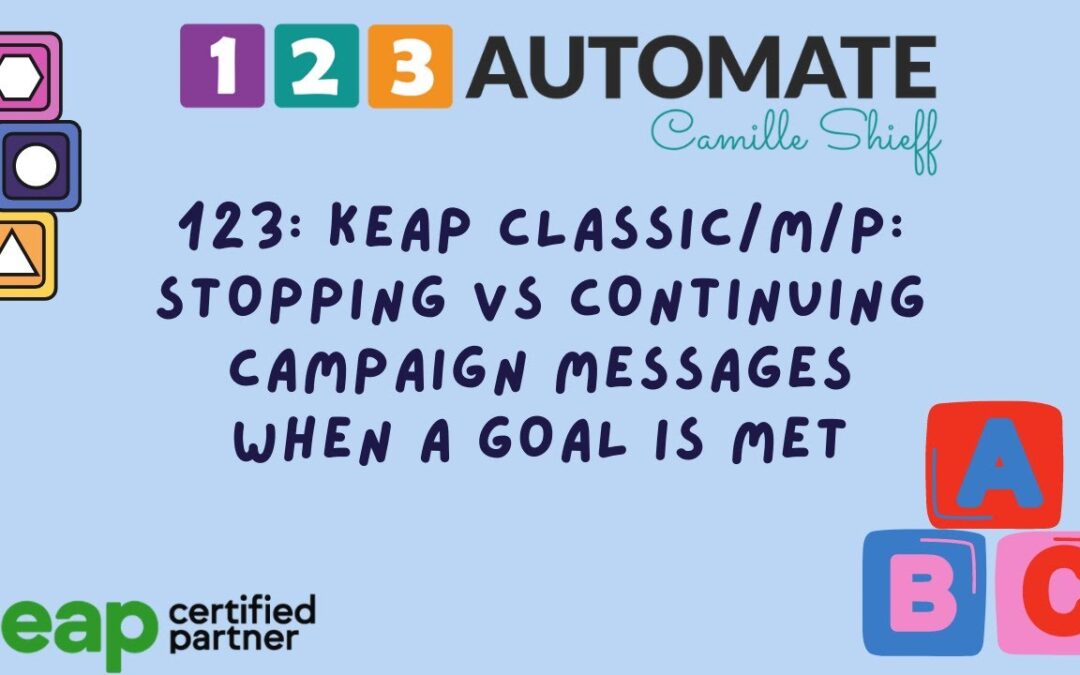 Hi, this is just a quick video to talk about pulling contacts out of a campaign sequence. Most of the time, contacts will be pulled out when a goal is reached. So in this particular instance, if an email within the sequences is opened, it will pull them out, and they will receive no further emails in this sequence. However, there are times when you want a campaign goal to be met. And you still want people to receive the remaining messaging that you have in there. And that’s where this little blue flag comes on. When you pull a sequence out from the campaign, the the tray by default, the little blue flag is there.

However, if you click on the flag, you get this dialog box. And if you select the other option, you get green arrows. What this means is that when this goal or any other goal for the sequence is met, people will stay in this sequence until they complete all elements, then they will flow into the next sequence here. So in this particular instance, if this email opened, goal was met, they would stay in here until it was finished. But they would also be active in here. So you can be active in more than one sequence at the same time in a campaign.

This is a little known feature. And I think it’s one that is not utilized nearly as enough especially when you’re doing things like an email open goal, because then you can tag them for engagement, and they continue to get the rest of your messaging. So that’s one thing to keep in mind. And I hope this was useful.