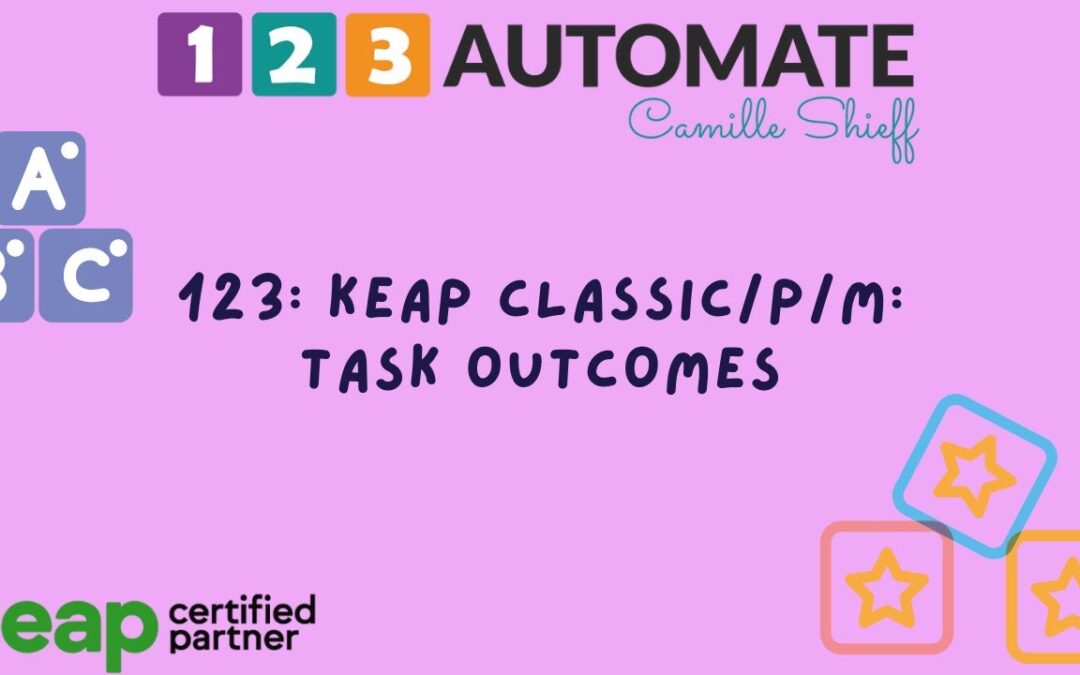 Okay, just a super quick video to demonstrate how quickly and easily you can set up a task with outcomes based on how the task was completed.

Using the outcome scenarios, we’re going to call this the task sequence because this is the type of sequence that’s going to contain the task. So we’re going to go here, create the task. And we’re just going to call this one a reach out task, open the task itself. And you’ll configure everything where you normally would. It’s call rich, we call this prospect call one, the differences here with the outcome scenarios, outcome options, you get to pick the name for them. So in my little instance, when you reach out to a prospect, there’s three possible outcomes you they’re interested.

And when we go into each one of these, because they’re connected, it’s going to, it’s going to ask us which task to pick, go in here, select a task, the only task that’s in there, or first outcome is interested or selecting it. So if they if the task is completed with interested, it’s gonna go here.

I always rename the goals based on the outcome. That way I don’t get confused later on as to why somebody is not behaving the way I expected it to. So we’ve got our not interested, we go in here select and swim is not interested. And we’re going to save it and then the same thing for the did not reach. And the last step is to pull out three sequences, one for each of those outcomes and connects those as well. And this is where the automation kicks in. So if you if somebody was interested in you close that task that they were interested, they would immediately go into here. And I again, I always rename rename the sequences again, so that there’s no confusion.

And then I would go in here and I would configure whatever actions I wanted to have happen if they were interested to apply a tag, send an email, maybe add them to another campaign, not interested apply a tag, send him a thank you email and move them into the not interested pile. And then the did not reach might actually put them right back in here to trigger another task in two days to call them back. So that’s how I would use the, the outcomes and you can have as many outcomes as you want. And you could have different outcomes. If you had like three or four tasks in here. You could have different outcomes that were for those different tasks.

So these can be super, super useful and really help you automate your marketing. I hope this was helpful.